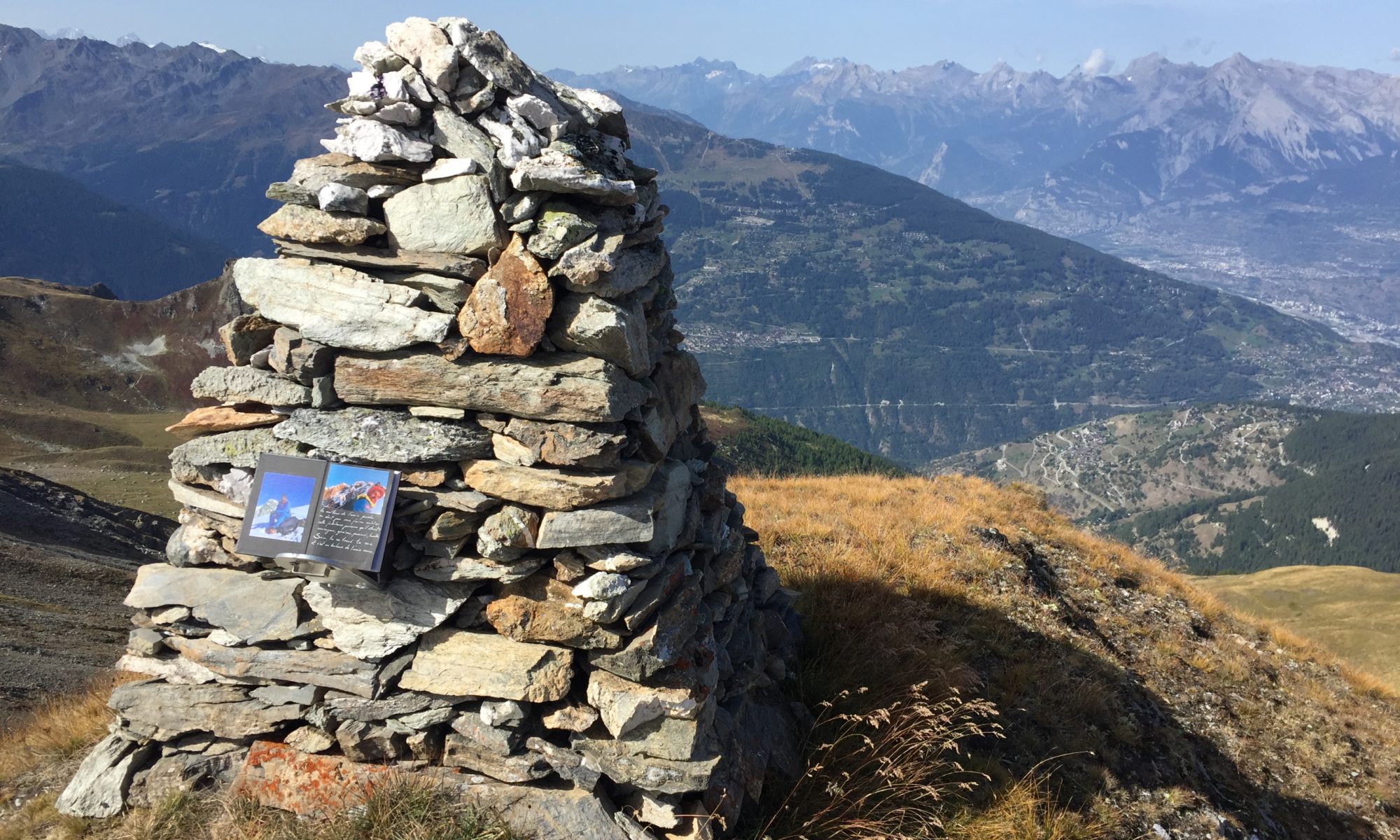 This year I finally got round to reading Mountains of the Mind: a History of Fascination by Robert MacFarlane.

This book starts to explain the fascination, inspiration, and passion that mountains engender in some. My last hike of 2019 had all of these.

There is not much of a path, but the ridge between Mont Noble and La Maya in the Val d’Hérens is a little gem. I had mentioned this ridge in a previous post on ridge walks and its been a pending project for me ever since.

I chose to tackle it going north to south, taking in Mont Gautier, Pointe de Maserrey and Becca de Lovegno. Most of the route is easy going, though there are some tricky bits, across degraded rock. I think the north south route is the easier way to do this, and it also has the advantage of facing the fantastic views up the Val d’Hérens and across to the Weisshorn in one direction and Mont Blanc in the other. I had the route to myself apart from a few deer who crossed my path.

Its not always so benign though. Close to the Pointe de Masserey is a neatly constructed cairn, built by the friends of a young guide who lost his life a few years ago in an avalanche nearby. A small metal box in the cairn houses a book where his friends, and others have left messages. I wrote my own.

After doing so I spent some moments sat in the sun, reflecting upon life, mountains and those who get inspiration from them. Including someone close to me who died just a few days later.